Moving from Seattle to San Jose with Puget Sound Moving

San Jose, capital of Silicon Valley, is one of the fastest-growing cities in California. While long kept under the shadow of larger cities like Los Angeles and San Francisco, in recent decades it has become an important center of commerce in the high tech industry. It boasts the highest household median income in the United States, making it an affluent city whose lifestyle and culture reflect a high standard—and cost—of living for its residents.  Our long distance movers in Seattle are happy to relocate you to San Jose, CA. 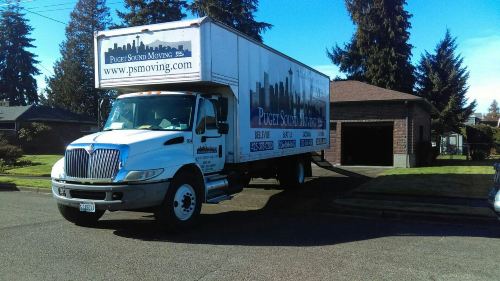 Information on San Jose, California and Its History

Before deciding to move to San Jose, it can be helpful to learn about your new home’s history. The city was originally founded by the Spanish Empire, which it was a part of for fifty years before coming under the rule of Mexico for another thirty. In 1848, it became part of the United States and was an early West Coast aviation hub shortly thereafter. San Jose’s penchant for technological development started in 1953 when IBM opened a research and development laboratory in the city—the very laboratory that invented the hard disk drive in your computer today.

Most of the city’s newer buildings are multifamily structures, thanks to an urban sprawl-reducing Smart Growth initiative that has dominated residential development since 1980. More than three-quarters of all new housing projects built since the year 2000 are multifamily homes.

San Jose is one of California’s most diverse cities, with the 2010 U.S. Census reflecting a nearly equal mix of White, Hispanic and Asian residents. Foreign-born residents account for 39% of the population. The two largest age demographics in the city of San Jose are people aged 25 to 44 and children under the age of 18, accounting for more than half of the city’s population. The median household income is $76,963, making it the highest among any major U.S. city.

What You Need to Know When Moving to San Jose, CA

Puget Sound Moving is happy to introduce you to the San Jose lifestyle, and can help you set up a new life in the Bay Area tech capital in less than 24 hours, thanks to a relatively short travel distance from Seattle, WA. Before moving, you’ll want to bookmark the following pages so that you can quickly integrate yourself into Silicon Valley life:

We Make Moving from Seattle to San Jose Easy!

If you’re considering moving to San Jose, California, you’ll get the best results by choosing Puget Sound Moving for the move. We serve Kent, Tacoma, Olympia and Bellevue as well as many other cities in the greater Seattle area, offering quick and reliable moving services that you can count on. Contact us today for a moving quote!